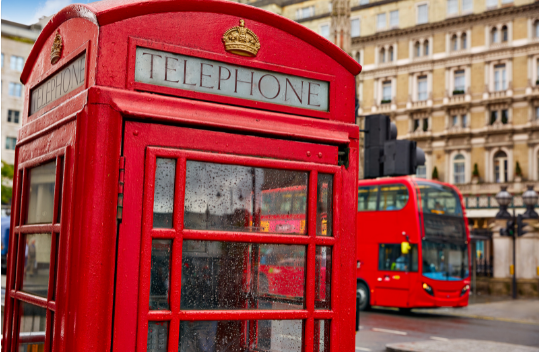 The increasing popularity of these non-geographical telephone numbers is through the fact that they cannot be recognized on the basis of their geographical area of the United Kingdom. The appearance of the number alone will not be sufficient enough to reveal the place of the caller and the receiver with a change in codes. Nongeographic numbers are also abbreviated as NGNS which is used by large organizations like hospitals, government departments, charities, and other banks.

Numbers belonging to the 03 categories like 0330, 0333, 0370, or 0345 are included in an individual’s mobile minutes or monthly landlines. Otherwise, this non-geographical telephone number, 0345, is charged at local prices at 01 and 02 numbers (also known as small call charges). In order to treat 03 telephone numbers identically to 01 and 02 phone numbers irrespective of the device used for calling like mobile or landline.

Large organizations like hyper marts, banks, government departments, and businesses have been indulging in converting their typical 0845 telephone number for a 0345 phone number. The rate applied to a business helpline or a landline is very much the same as the rates or charges applied to any call to 0345 phone numbers stated under the Ofcom regulations. The rates of 01 and 02 numbers are similar with the rates of a number starting with 03 telephone numbers.

This particular number is not ideal or suitable for small businesses but is highly in demand by large organizations like hospitals, charities, government departments, and businesses. Ofcom regulates the use of these 0345 telephone numbers in order to determine how much it will cost.

Calling a 0345 telephone number from a smartphone is billed exactly the same as when compared to the costs of calls to general landlines and to most of the contract-based customers this means that it must directly pop out of the inclusive minutes. A few main networks with their prices are mentioned below: Well, here’s some good news, which is that 0345 telephone numbers are absolutely free on EE. If the user uses the option ‘pay as you go’ or has a contract with EE then these non-geographical numbers are included in the call package which does not charge any extra amount and can be used within the free minutes. It acts as an alternative to the much more expensive number that is 0845 which was earlier used by large organizations like hospitals, non-profit organizations, government departments, etc. This replacement makes the task of contacting these organizations to get assistance and answers much easier if you are calling them from EE.

The above-mentioned information only applies to EE customers having a contract or using the ‘pay as you go’ option because other landline and mobile companies may charge anything from 3 pence to 55 pence per minute.

Calling a 0345 telephone number on o2 is rated exactly the same when compared to calling a number with 01 and 02 starts. On a sim-only or contract deal, all the 0345 starting phone numbers are imposed as a part of all-inclusive free minutes and if using the ‘pay as you go’ feature, the user is charged 30 pence. This stands as the only reason why businesses have been indulged in choosing a 0345 phone number for customer service lines as well as for marketing. In order to make phone calls extremely affordable for individuals, Ofcom has created an alternative and introduced the numbers starting with 03. Are 0345 numbers free on Vodafone?

The subscribers of the big value bundle in the ‘pay as you go’ feature also let the customers call 0345 numbers for free in the inclusive minute’s duration, otherwise, the customers are charged 35 pence per minute.