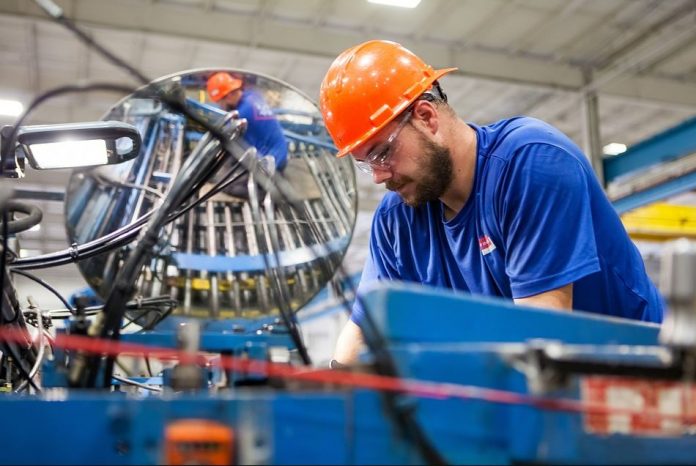 Top 10 Manufacturing Companies in the UK

Unilever is a manufacturing company in the UK which registered as Unilever PLC. This was started in the year 1929. This is a British multinational consumer goods company which has its headquarters in London.  The products of Unilever include foods like ice cream, wellbeing vitamins, mineral supplements, and also products like air purifiers, cleaning agents, and many more personal care products. This company is the largest producer of soap in the world.

BAE Systems which is registered as BAE Systems Plc is a British manufacturing company. BAE Systems was founded in the year 1999. This company mainly works on arms, security, and aerospace-related items. This company is based in London and this is one of the largest defense contractors in entire Europe. This is one of the largest defense companies in the world. This companies operations are mostly based in the UK and USA, also including the countries like India, Saudi Arabia, and Australia.

ABF UK called the Associated British Foods PLC is a manufacturing company that was initially started in the UK and now it is operating worldwide. It was started back in the year 1960 in the UK. Now this company is operating all over the world in different sectors like Sugar, Agriculture, Grocery and Ingredients.

Anglo American PLC is a British Multinational Mining Company which is having its headquarters in London. This company was started in the year 1917. This is a Public Limited Company. Anglo American is the largest producer of platinum with more than 40% of the world’s total output. This company is also a major producer of diamond, nickel, copper, iron ore, thermal coal, and many more. Initially, this company was started in London and now has its headquarters in Asia, Africa, Europe, South America, and North America.

Jaguar Land Rover is a famous manufacturing company which will be familiar to all the people around the world. This company has a trading name as Jaguar Land Rover Automotive PLC, also called Jaguar Land Rover Limited. This is a British Multinational Automotive Company. This company is well known for producing luxury vehicles and sport utility vehicles all around the world. This is also a subsidiary of the Indian automotive company Tata Motors Limited. This was just founded in the year 2008 and now grown big not only in UK but worldwide.

Rolls Royce is a popular premium car brand in the world. The trading name is Rolls Royce Motor Cars Limited. This is a British luxury car manufacturer. This company was opening in the year 1998 and gained its authority worldwide in a quick time.

AstraZeneca which is trading as AstraZeneca PLC is an international manufacturing company located in the UK. This is a British-Swedish multinational Pharma and biotechnology company. This company has its headquarters at the Cambridge BioMedical Campus in England. It has a large range of Pharma products for many diseases including general infection, respiratory, oncology, cardiovascular, etc.

Rio Tinto Group is a multinational company and it’s Anglo-Australian. This is the world’s second-largest for metals and mining. The first is BHP. This company produces copper, ore, diamond, uranium, and gold as well. This was founded in the year 1873 and is one of the oldest manufacturing companies in the world.  Actually, this is a dual-listed company that is traded both on London Stock Exchange and also in the Australian Securities Exchange. This is the 114th world’s largest public company in the world.

Hope you have enjoyed reading about the world’s best manufacturing companies in the UK.