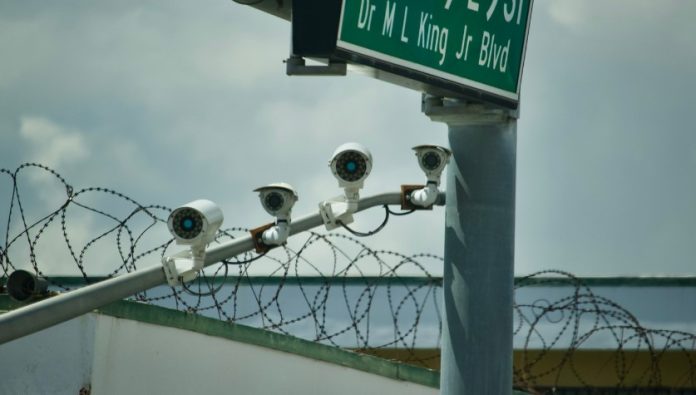 The best way of putting it: traffic continues to increase exponentially. More people choose to travel by car – a direct result of COVID – and more households own more than one vehicle. No wonder many of the world’s cities and highways are basically full.

In such circumstances, it’s hard to make people comply with traffic rules – even if they indeed make traffic safer. But regardless of the number of vehicles on the road, one thing is certain: a large part of law enforcement’s responsibility is to make streets and highways safer by enforcing traffic rules. And we haven’t even talked about other responsibilities of law enforcement, including preventing and eliminating crimes such as burglaries, auto theft, personal assault, vandalism, etc. 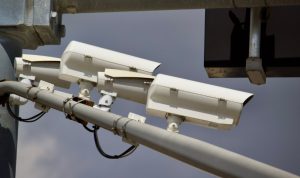 ALPR cameras can assist in relieving officers of many of these tasks. In fact, when fewer officers are needed to complete a task and, consequentially, more tasks can be done by the same number of people, law enforcement can be performed cheaper and more effectively.)

Granted, there are detractors to the widespread use of ALPR cameras. Many citizens going about their daily lives and minding their own business may have their plates read and even retained. Therefore, law enforcement agencies must exercise responsible and respectful use of their data to avoid infringing on personal privacy. In Europe, the GDPR (General Data Protection Regulation) limits how personal data can be used and retained.

This article examines the ways law enforcement agencies can use license plate recognition cameras to enhance their work through application areas covered by the products of Adaptive Recognition, a major player in the ALPR camera and software market.

What Role Do ALPR Cameras Have in Law Enforcement?

Orderly traffic flow is necessary to maintain safety on streets and highways. The rules of the road – speed limits, traffic signals, right-of-way rules and conventions – are designed to make traffic safer. Those who violate these rules and conventions must be singled out and penalized or otherwise brought into compliance.

Speeding is a significant cause of accidents. A car traveling 30 or 40 km/h faster than the traffic flow surprises other drivers and can easily set in motion a chain of events leading to an accident that may involve several vehicles in high-density traffic.

To combat that, many ALPR cameras are explicitly designed to measure the speeds of passing vehicles. The Vidar Speed ALPR camera for speed enforcement by Adaptive Recognition can simultaneously monitor the speeds of as many as 64 vehicles in two lanes. With these cameras that can can measure speeds up to 320 km/h (199 mph), officers can quickly single out vehicles that are disrupting traffic by driving significantly faster than the general flow. 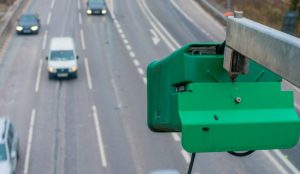 But what if a fixed ALPR camera isn’t enough: What if law enforcement agents have to pursue someone or monitor places not covered by fixed speed cameras? Vehicle-mounted cameras such as Adaptive Recognition’s MicroCAM allow officers to detect speeders and other violators from the vantage point of a patrol car mixing with traffic. Since this camera recognizes all license plates near it, it’s also an excellent tool for identifying vehicles on a “hot list,” such as stolen cars or those associated with other crimes.

Red light violations are among the most dangerous misbehaviors. When an accident occurs because of such a violation, the colliding vehicles are nearly always crossing paths at right angles, and the damage and injury from the accident can be horrendous.

However, with an ALPR camera, red light violators can be caught in action, sometimes even from quite a distance.

“Lane-jumping,” illegal turns, tailgating, driving on non-travel highway shoulders or other closed areas, and other miscellaneous violations have the potential to disrupt traffic and cause accidents.

Since these behaviors can be hard to detect by electronic measurement – unless it happens near a gantry with ALPR cameras on it – the best tool for apprehending drivers engaging in them is the vehicle-mounted MicroCAM we already talked about.

Though toll collection is not directly related to law enforcement, it greatly increase traffic safety. We mention it here because it’s one of the most important safety-related applications of ALPR cameras.

The need for cars to stop or slow from highway speeds is extremely risk-prone. When drivers traveling at 100km/h or more suddenly come upon a line of cars stopped at a toll plaza, there is a chance that a vehicle cannot stop in time, crashing into other cars and causing severe accidents. Eliminating this disruption by removing toll plazas in favor of gantries with cameras capturing license plates has resulted in a substantial safety improvement.

Like we mentioned before, law enforcement activities related to other crimes like burglaries, car theft, and personal violence can also benefit from ALPR cameras.

We’ll discuss a few of these applications in this section.

ALPR cameras can be of great assistance in apprehending car thieves. Several models of ALPR cameras are designed to read all the license plates near them. When a car is reported as stolen, its license plate number is added to a hot list, and when it passes a camera with that capability, it’s easily recognized. Even if the thief changes the license plate, the plate they use may be stolen and would be recognized as such. Many ALPR cameras can be programmed to identify cars’ make, model, and color. Finding a vehicle this way may be less straightforward than reading its license plate, but it can narrow the search considerably.

Other Burglaries and Personal Assaults

This is another case where vehicle-mounted ALPR cameras, as described earlier, can be valuable. If a mobile unit responds to a crime report quickly, there is a bigger chance that the clues are still there to solve the case quickly.