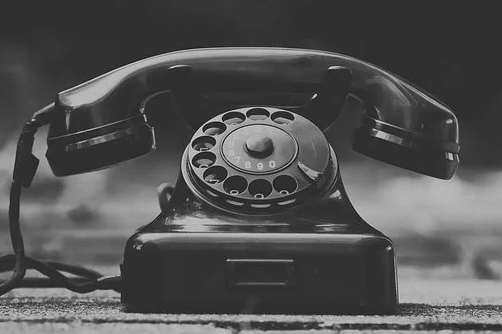 0300 phone numbers are non-geographic numbers developed in the UK (United Kingdom) by Ofcom in the year 2007. 0300 phone numbers are used by non-profit organizations, public support services, and other charities. In addition, business committees, limited companies, partnerships, and sole traders also use 0300 numbers.

This number is specified as the landline rate number by the private sectors and government bodies. 0300 numbers don’t carry a connection with geographic locations. These numbers are engaged by the non-profitable organizations, here falls the main reason for costing a call. Usually, 0300 numbers are used for a good cause. Below are the mentioned key factors on 0300 numbers:

0300 numbers have benefits with inclusive and memorable factors. This program raises the call rates effectively. Yes, 0300 numbers are considered as safe because they are connected to geographical landline numbers as they don’t have a connection to physical locations. This theme changes the organization and charities as ideal property. All the numbers associated with 03 have the same behavioral characterization.

No, 0300 numbers are not free as it costs the call and charges per minute which depends on the Talktime. 0300 numbers are not charged as free because this number makes profits through charges for non-profitable charity funds. These charges are utilized for developments and other causes by associated charities. 0300 numbers stood up as a great cause for financial improvement for various branches and other legal firms.

A dial to 0300 phone number costs the charge as a normal call or landline call as landline is geographical it costs the normal price. You are only charged for duration and connection during the call. In case if you are already recharged with a bundle of minutes or with a phone package, you can use them as a free charge on the 0300 number. If free minutes are not available in your phone package, then the standard network will apply the rates for the call charge.

0300 landline depends on some factors such as;

Whatever the agreements with customers, companies provide the same rates on all the calls of 0300 numbers.

Who operates the 0300 numbers?

0300 numbers are designated by the Ofcom network. It allocates the national numbering of telephone with organizations; it services the charges with numbers that are operated by the public sector bodies that are non-profitable. 0300 numbers are included in a nutshell, 0300 numbers are operated by the public bodies, charities, and sectors that are non-profitable. In the previous times, they used 08 prefix numbers but now they are using the phone numbers with a prefix of 03 numbers. These organizations charge accurate standard rates on any telephone such as; mobile or landline with premium payments. On the ‘o2’ service network, the 0300-phone number is charged the same as numbers associated with 01 and 02 rates. Plans are chosen according to the amounts on the free minute’s phone plan. After the time of free minutes, they are charged as per the o2 network on UK service rates. 0300 numbers are found as an alternative to 08 numbers. This network is demanded by the large bodies of the public where new stipulations were created on the demand of an uptick of phone numbers. O2 tariffs allow inclusive and free minutes on standard fixed line numbers. If free minutes are expired, the o2 network helps to service the provider on 0300 numbers.

0300 numbers cost monthly on an average up to 30p per minute on a single dial whereas; 50p per minute costs for a monthly period.

Are 0300 numbers free on Vodafone?

Yes, the 0300 phone number charges as free from the Vodafone network. On the note of the latest changes in the United Kingdom (UK), Vodafone network had confirmed the charges to treat them as normal telephone numbers which also includes the beginning of 01 and 02 numbers. Vodafone also offers inclusive plans on prices.