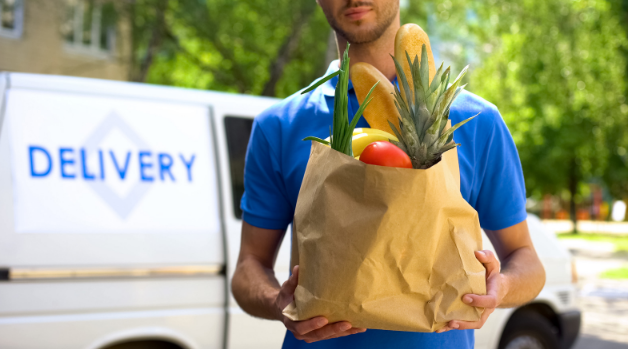 Bare Naked Food Worth will give you a rough idea how quickly a business can grow. Bare Naked Foods provides goods that are low in carbohydrates, fat, calories, gluten, and sugar. To help those with Coeliac disease or those trying to lose weight, Bare Naked Foods now sells a selection of noodles, rice, and spaghetti online and in shops across the UK. Coeliac UK and the Vegetarian Society have both certified their goods. Barenaked Noodles are a low-carb, gluten-free substitute to spaghetti and noodles that is great for weight loss and special diets. Since Ross’ Dragons’ Den victory, the company has grown tremendously, and Barenaked Noodles are now available online and at Holland & Barrett stores across the UK.

Barenaked Foods is also growing in popularity on social media, particularly on Instagram, the world’s largest video and photo sharing network. The brand’s audience has grown in tandem with contemporary trends in healthy eating, plant-based or meat-free meals, and gluten-free diet knowledge.

Stars and personalities have taken notice of Barenaked Noodles and Rice, which they eat as part of a healthy diet or to help them lose weight. Bella Penfold, Ricky Knight Junior, Christine Fox Fitness, Emily Eubank, Bobby Holland Hanton, and Calum Best are some of the current social media influencers that are lovers of the Barenaked Foods brand. Barenaked Foods is a significant component of healthy food preparation for members of the Knight family, who are pro wrestlers, in Ross’ native county of Norfolk. Paige’s road to becoming a WWE superstar is chronicled in the film “Fighting with My Family.” Ross’ backstory is a little odd since he used to be a dancer for The Dreamboys. He was forced to remain continuously tanned, toned, and ripped during his tenure with the male revue group. Cutting carbs was really the only way he could meet his body-weight goals for work and as a professional bodybuilder.

Ross says that his fondness for pasta and rice had made weight reduction “particularly tough” for him. ‘There has to be a low-fat, low-carbohydrate version of the things he desires and enjoys – especially spaghetti!’ he reasoned. He had no luck after scouring the internet for hours and hours, looking for supermarkets and health food stores. However, after doing further study, he found konjac, a South-East Asian culinary crop. Konjac noodles are made by grinding the fibre from the konjac root into flour, then combining it with water and calcium hydroxide to make a gel that can be cut into strips.

The entrepreneur intended to bring this dish to the United Kingdom, so he devised his own recipe using a combination of konjac, soybean, and oatmeal flour to create noodles with a texture comparable to regular rice noodles. His recipe was fat-free, sugar-free, dairy-free, gluten-free, and low in carbs. Above is a brief story of how Bare Naked Foods was born.

To get the firm off the ground, Ross received early money from his future father-in-law. He went to the Chinese Chamber of Commerce to learn more about noodle production.

Despite the language barrier, he understood he needed to find a plant that matched UK food manufacturing requirements. His perseverance paid off when he discovered the right location for making his own brand of konjac noodles. Ross Mendham is an entrepreneur, former fitness instructor, and bodybuilder who rose to fame on the BBC show Dragons’ Den in Season 11. Ross Mendham, Managing Director of Barenaked Foods, had no clue if his low-carb noodle variety would please the BBC’s expert panel, which included Peter Jones when he walked into the Den. Ross was able to get a £60,000 investment from Peter for 50% of the company at the end of an emotional pitch, which was the trigger needed to launch the brand and gain retail distribution.

Evan Davis hosts a British television show called Dragons’ Den. The show’s formula is owned by Sony Pictures Television and is based on a Japanese production that has been distributed all over the world. The show has been produced by BBC Manchester from its beginning, and it initially aired on BBC Two on January 4, 2005, before moving to BBC One in 2021. Ross Mendham, the creator of Barenaked Foods, appeared on the BBC investment show Dragons’ Den in 2013 to pitch his company, which had been in existence for two years at the time. The company was founded to supply low carbohydrate and gluten-free food, and its products have already made their way onto the shelves of Morrisons, a large grocery chain.

He added a culinary demonstration with Dragon Kelly Hoppen of his noodles, which did not go as well as he had anticipated. He didn’t have his financials with him during his presentation, so he couldn’t address all of Peter Jones’ queries about profit margins and distributor arrangements.

With the help of Dragon’s Den, Bare Naked Foods has grown to be a major chain with a net value of over £2 million, with products offered in major retailers such as Sainsbury’s, Tesco, Morrisons, and Amazon UK. All firms where Ross has a current appointment have combined cash at bank value of £36.4k, a combined total current assets value of £407.8k, a total current liabilities value of £132.3k, and a total current net worth of £279.4k.