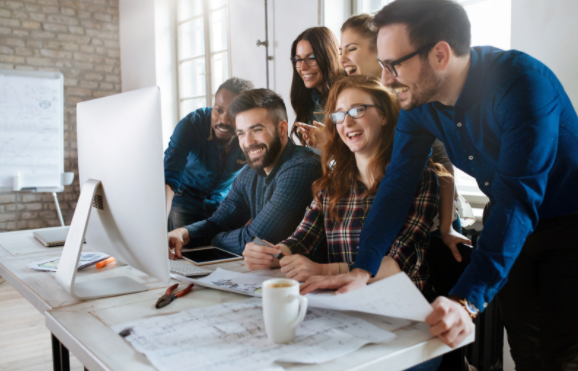 The UK has been home to a thriving tech sector for decades now. The tech start-up and scale-up ecosystem are reportedly valued at $585 billion, which is 120% more than in 2017. The region has been recognized for having good colleges and universities, quality accommodations, and cultural amenities — not to mention distinguished companies that pay substantial salaries.

For those who have decided to pursue software engineering and plan to move t UK, we’ve compiled a list of the top cities in the UK where you can expect to land high-paying jobs.

Manchester has gone through serious post-industrial setbacks to finally be recognized as a tech hub. The student society of the University of Manchester consists of a student-run accelerator program from Manchester Entrepreneurs.

In the last decade, initiatives like Manchester Digital, Manchester Tech Trust, Tech North, and the Manchester Growth Company have offered assistance to students. This has improved the opportunities and resources available to the engineering sector across the city.

Scotland’s capital is not only the country’s most prominent financial hub, for the past five years, it’s also been the home of the largest tech incubator in the UK — Codebase, home to more than 90 organizations that have collectively raised more than half a billion dollars in investment.

The tech community in Edinburgh has been expanding rapidly, with developers and engineers now accounting for 7% of the city’s workforce. The city also consists of a number of top educational institutes, including the University of Edinburgh and Edinburgh Napier University, and more than 160 research institutions.

The reputation of this extends far beyond its manufacturing excellence. It’s also earned a brilliant reputation for having a solid tech community. It’s reported that more than 38,000 people work in the technology sector in Birmingham, with 6,000-plus tech organizations calling it home. Silicon Canal and Birmingham Tech week are two of the initiatives that allow support of this flourishing ecosystem through meetups, industry events, and promotions.

In fact, US investment bank Goldman Sachs had revealed its plans to establish a new office in Birmingham later this year focused on engineering and technology.

Cambridge has successfully maintained a reputation as being the hub of technology. With billions of pounds worth of funding by the government dedicated the so-called Golden Triangle, which includes Cambridge, London and, Oxford, Cambridge is a city to explore for lucrative job opportunities.

Cambridge has long been popular amongst start-ups, and the number of tech companies moving into the area is still on the rise. Many of these companies are headed by ex-students, though many more are set up in Cambridge, having traveled from across the world, hoping to take advantage of the city’s world-famous university and its network of angel investors.

Despite its reputation as a start-up hub, a number of established companies have also set up camp. Apple has an AI outpost, while Microsoft set up a major research lab. And Amazon used the city to test out Prime Air.

In 2019, Leeds’ digital sector reportedly employed 102,000 people, after the fastest scale-up growth in the North. Reports also suggested that 11,300 IT jobs were posted in the Leeds work area between September 2019 and August 2020. The Yorkshire-based city attracted $44.6 billion of investment during that same period.

For two weeks each year, the city hosts more digital events than San Francisco. During these events, technology sector aspirants and professionals flock to the city for a series of events and workshops. This year’s event begins around the month of September. Also, the cost of living in Leeds is comparatively lower than in other cities in the UK. Accommodation is cheaper in this city. With wages in the city’s tech sector not far from what workers in London earn, the result is more disposable income for tech employees.

This quaint town in the south of England is home to one of the best tech companies. Tech Nation’s 2018 report found that Reading’s tech company density is nearly seven times higher than the national average.

A number of high-profile organizations have set up their offices in the city in recent years. This city has easy access to central London, Heathrow Airport, and a wealth of students (both international and domestic), all vying for jobs in the Engineering sector. Reading may not be in the same league as Cambridge when it comes to the start-up scene. But it’s favored by many established companies.

Bath’s flourishing start-up culture, proximity to multiple world-class universities, and overall desirability have contributed to making it a strong contender for anyone hoping to work in the field of IT or software engineering.

However, the city comes with a high cost of living and fairly average wages for IT workers. But even though the earning potential in this city is less than from London, Cambridge, or Manchester, it is still considered a great option by many professionals.

This city isn’t just the most popular one in Britain for job opportunities, but for the whole of Europe. It consists of more than 40,000 tech companies in the inner city alone and more software developers than either New York or San Francisco. A survey in 2018 revealed that London is the most popular city in Europe for technology workers migrating from overseas.

The city also presents excellent support for tech entrepreneurs based on the volume of incubators and access to angel investor networks.

With a tradition of engineering excellence, it’s not surprising that Bristol is often a city that software engineers choose to migrate to. The Bristol Robotics Lab (BRL) is the largest in Europe and hosts initiatives like the four-year ARE (Autonomous Robot Evolution) project.

The city of Bristol employs nearly 8,000 people in the tech industry and is home to 430 tech firms, including big names like Nokia, Vodafone, BT, Oracle, and Amazon. The city now has a brand new Innovation Hub opened at the Bristol and Bath Science Park, fetching more investment and high-tech jobs to the area. 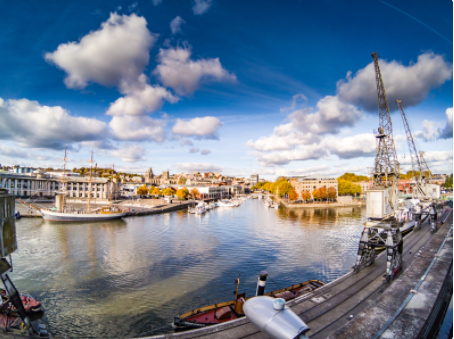 The Northern Irish capital of Belfast has established itself as a world leader for technology and has become a thriving tech hub over the last decade. In 2017, digital tech businesses generated more than £875 million in revenue, and there are now more than 1,200 tech firms in the city.

Due to its younger population of digital natives, as well as its proximity to top universities such as the University of Ulster and Queen’s University Belfast, the city is winning plaudits for its efforts.

The city you decide to work in will depend on multiple factors. You shouldn’t just weigh in on the money. This way, you’ll find that the highest paying cities in the UK for a fulfilling career in software engineering.