Comparing Z-Wave, Zigbee and WiFi are a little like comparing apples, oranges and bananas; All fantastic and designed with their own unique benefits, but fundamentally different.

Getting to grips with the differences between the three trending technologies matters, as they are not compatible with each other. When you set up your smart home automation system for Z-Wave, Zigbee or WiFi, you are limited to a specific range of compatible devices. 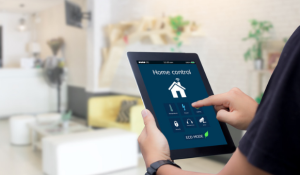 The Z-Wave protocol has been around for almost 20 years and continues to prove hugely popular today. It has one of the longest lines of sight of any comparable low-power mesh network, doing a decent job of getting around walls, floors, ceilings and obstacles.

Given how mains powered Z-Wave products also function as signal repeaters, the system can be used to create a robust mesh network across a space of indefinite size.

Just a few of the popular types of products and devices that can be connected to a Z-Wave network include the following:

Hence, one of the biggest benefits of the Z-Wave system is its huge compatibility with a wide variety of devices. It is also compatible with a wide range of smart home software suites, though is not currently compatible with Amazon or Google smart speakers (without the addition of a multi-tech hub).

The fact that Z-Wave can be used to set up such an extensive mesh network with no loss of performance also makes it a popular choice for small businesses and larger premises. But as Z-Wave is comparatively expensive (compared to Zigbee or Wi-Fi), it is not as popular for household use.

Z-Wave products broadcast on different frequencies in different parts of the world. This, therefore, means that some products purchased in the US may not be compatible with a Z-Wave system in Europe. 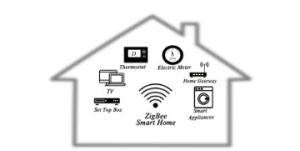 Also debuted around 20 years ago, Zigbee technology has exploded in popularity among households worldwide over the past few years. Like Z-Wave, Zigbee devices also function as repeaters, in order to overcome issues related to floors, walls, ceilings and furniture.

Zigbee has a range that isn’t quite as extensive as Z-Wave, but this is more than compensated for with significantly lower prices. Not to mention, the quick and easy installation of devices like Evvr’s Zigbee 3.0 In-Wall Relay Switch which is able to be swapped with any conventional light switch with no neutral wire needed; the Zigbee is by far one of the simplest smart devices to incorporate into any home.

Popular products and devices that can be added to a Zigbee mesh network include the following:

The simplicity and cost-effectiveness of the Zigbee have made it the smart home automation technology to watch going forwards. Zigbee devices are compatible with a wide variety of popular multi-tech hubs – like HomeSeer, SmartThings, Wink, Hubitat, Vera and more – and are also compatible with Amazon’s Echo Plus.

Best of all, the Zigbee system works on the same 2.4 GHz band worldwide, meaning no compatibility issues based on product purchase location. Something that has reduced the manufacturing logistics required to develop and produce global Zigbee devices, reflected in their comprehensively competitive costs. 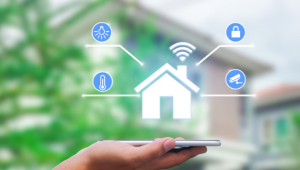 Connecting smart devices to a home’s existing Wi-Fi network is the obvious approach for many. Rather than creating a mesh network, this is where each smart device connects directly with the home’s central Wi-Fi router with a signal booster.

The most immediate drawback of a system like this is the necessity to place all devices within direct range of the router, in order to enable their operation; something that can cause issues in areas of the home with a weak Wi-Fi signal.  Wi-Fi is comparatively power-hungry, giving battery-powered smart devices a somewhat limited lifespan per charge.

Popular devices and controllers that can be integrated with a Wi-Fi system include the following:

While a smart home automation system powered by Wi-Fi can be easy and affordable to set up it does have its limitations regarding its reliance on a strong and continuous signal from the router. In the event of a Wi-Fi outage or signal issue, the whole system may be rendered inoperable.

On the plus side, it can be a great way to start automating your home at a low price.  After which, stepping up to a mesh network – the Zigbee system in particular for domestic use is the next logical step.